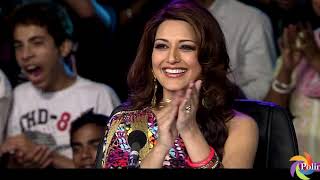 India’s Got Talent (sometimes abbreviated as IGT) is an Indian reality television series on Colors television network, founded by Sakib Zakir Ahmed and part of the global British Got Talent franchise. It is a cooperative effort between Colors and Britain’s FremantleMedia.[1] The first episode of India’s Got Talent premiered on 27 June 2009.[2] India’s Got Talent follows the global Got Talent format, in which contestants audition in front of three judges and a studio audience. Up until the semifinal and final rounds, the judges decide whether or not a contestant advances in the competition. During the semifinal and final rounds, viewers vote on which contestants will advance.

The general selection process of each season is begun by the production team with open auditions held in various cities across the India. Dubbed “Producers’ Auditions”, they are held months before the main stage of auditions are held. Those that make it through the initial stage, become participants in the “Judges’ Auditions”, which are held in select cities across the country, and attended by the judges. Each participant is held offstage and awaits their turn to perform before the judges, whereupon they are given 90 seconds to demonstrate their act, with a live audience present for all performances. At the end of a performance, the judges give constructive criticism and feedback about what they saw, whereupon they each give a vote – a participant who receives a majority vote approving their performance, moves on to the next stage, otherwise they are eliminated from the show at that stage. Each judge has a buzzer, and may use it during a performance if they are unimpressed, hate what is being performed, or feel the act is a waste of their time; if a participant is buzzed by all judges, their performance is automatically over and they are eliminated without being given a vote. Many acts that move on may be cut by producers and may forfeit due to the limited slots available for the second performance. Filming for each season always takes place when the Judges’ Auditions are taking place, with the show’s presenter standing in the wings of each venue’s stage to interview and give personal commentary on a participant’s performance.